In the early civilization, hairstyle is symbol of human family background, tribe and social class, you could know one people’s basic information from her hairstyle. The most people insist that the hair is a way that they contact with god thought, because hair is closest to sky in human body parts. In several beautiful and popular hair styles, the long straight hairstyle is more and more classic and grace, and the long straight weave is often considered more beautiful than short kinky hair.

As old says going, time always like a killer who obliterate mostly emotion of the wold, whatever it’s how deep, but the things left always is valued and glorious. For example, the smile of Audrey Hepburn, we are still amazed and lost in it wherever and whenever we come across it; the freedom and equal call of Martin Luther King, we still could be inspired when a small unknown square rebroadcast the speech ”I Have a Dream” from some imitators; the love between Romeo and Juliet, we still could taste its sincerity from books and be moved. Of course, the long straight hairstyle still keep its charm and become one of king hairstyles in all the wold going thought 1 century, even the leader of hairstyles, meanwhile the long straight hairstyle is symbol of grace, dignity. Also in some important party, meeting or other occasions, the straight hair wave is cleaner and more fragrant than exaggerated hairstyles.

Nowadays, beauty is more and more various and strange, but the Brazilian straight hair always is the classic option that most people will select.

LEAVE A COMMENT
How To Clean The Human Hair Lace Front Wigs
How To Care For Your Brazilian Hair Bundles
Newsletter
To Subscribe, You Will Receive The Latest Discounts. 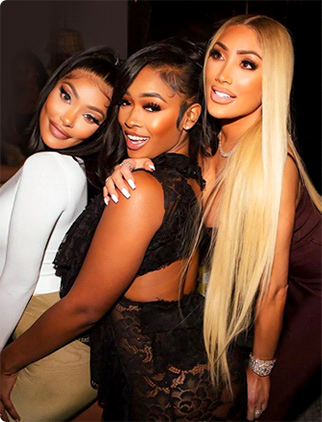